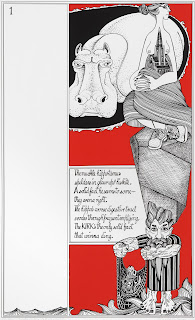 I was already familiar with Alasdair Gray's striking Scot's Hippo series but I didn't know until recently, whilst preparing the current Alasdair Gray and Joyce Gunn Cairns exhibition, that the sequence of seven works are based on a TS Eliot poem. 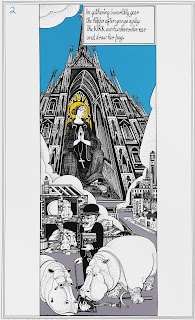 The poem, The Hippopotamus, was written in 1920 by the American-born publisher and writer and has been a source of fascination and scrutiny for years. 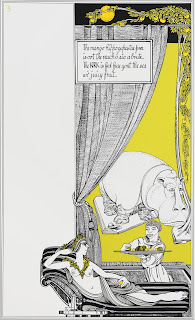 It is perhaps no wonder then that Alasdair Gray, possibly a fan of the eminent writer, felt inspired to write his own version of the metaphor-laden work.  But the resulting illustrations for each verse, so highly intricate, show his intensity of feeling for the issues being dealt with in the original work. 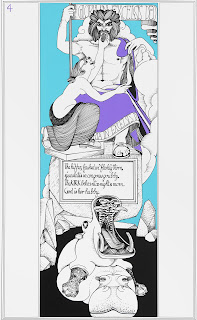 It deals with the mighty topics of religion, the church, and man's relationship or otherwise, with both. Something that has fascinated intelligent artists and social commentators throughout the history of the church. 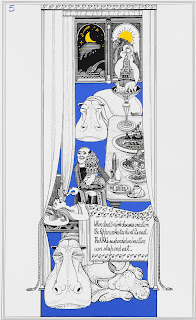 It has been fascinating to discuss the content of these works with the many visitors who have already been to the gallery in the first week of this exhibition. 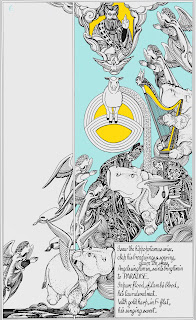 These beautiful works by Alasdair Gray can be purchased in a set or individually. These and many other works will be on display in the gallery until 13 May. 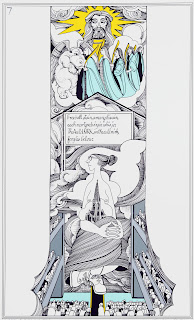