Another very special time this year was The Carlo Rossi Memorial Exhibition in July. Carlo passed away in 2010 at the age of ninety, painting right up to the last.


He was a very special artist and a special man and it was such an honour to hold an exhibition of his paintings covering the last seven decades.


The exhibition had an incredibly calm and peaceful feeling about it, and the amount of people who came to visit was overwhelming.  It was a joy for me to hear all the stories from various times in Carlo's life, they were all so positive.


It felt to me like one of the most important things I've done at the gallery and it stays with me as a very happy and rewarding time.

Thank you again to Carlo and to Carlo's family.


This is our last blog of 2012, so I want to thank all of you for taking the time to look and for kindly supporting Smithy Gallery.

2012 has been a very special year for me, and there have been many special and memorable moments in the gallery.  I have two more blog posts of 2012, so I thought I might relive a few of them.

Nothing could have prepared me for the success and excitement around the Alasdair Gray and Joyce Gunn Cairns MBE exhibition which opened in April.

Something can start as a germ of an idea, and then with a lot of enthusiasm and a little luck, it can turn into something fabulous, and it did. It was Alasdair Gray who was a fan of Joyce Gunn Cairns and he had wanted to share an exhibition with her.  She suggested it to me and it went from there.

These two artists are, as people, the most interesting I have ever met.  Alasdair Gray is a huge talent, generous, entirely unique, and dare I say a national treasure. Joyce Gunn Cairns is engaging, incredibly talented, creative, and once you get to know her, you just want to know her more and more. She of course should be a national treasure too!

It was one of those incredibly positive experiences, from working with the two artists and their beautiful and intricate works of art, to the interest from the world of journalism and literature.  These two visual artists are rare because their works are so steeped in literature.


The exhibition itself was received with enthusiasm and great interest, and it was one of those where every moment was a joy, from conception to, well even just now thinking about it.

I don't think I've ever read so much during the course of an exhibition.   I read the many poems that have influenced Joyce's work, and of course the works by Alasdair Gray.

I was very happy to receive a signed copy of Alasdair's latest work, his autobiography.


Thank you Alasdair Gray and Joyce Gunn Cairns, and to every one who helped to make this exhibition one of the gallery's most memorable.


Natalie
Posted by SMITHY GALLERY at Tuesday, December 18, 2012 No comments:

We have a cabinet full of beautiful jewellery by our favourite jeweller, Sarah Anderson. She creates exquisite collections of quality. But it is also affordable, which is important to us. 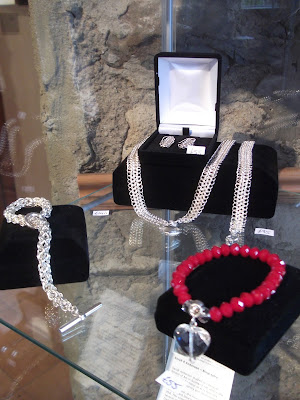 She studied at Glasgow School of Art where she gained her Bachelor of Arts Honours degree in Jewellery and Silversmithing, and she is now one of Scotland's most successful jewellers.

Featuring sterling silver and semi precious stones, she uses traditional chain mail techniques which involve weaving the silver link by link, an intricate process. This enables her to create a variety of beautiful finishes.


She is inspired by the colours and textures of the Scottish Highlands, and she often uses freshwater pearls as a contrast to her silver-work. 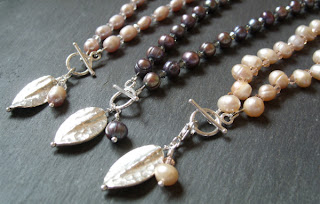 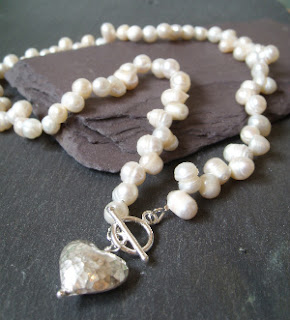 She lives and works in Fife and we are delighted to be exhibiting her work.  Our customers adore her work and it really does fly out the door.

Natalie
Posted by SMITHY GALLERY at Friday, December 14, 2012 No comments:

It has been a busy week at the gallery and I'm glad to say that there are a lot of people who will be receiving very lovely Christmas presents!

As well as several paintings, people have been picking Christmas presents from our collection of applied arts.  We have been selling ceramics, glass and jewellery all to be opened on Christmas Day.  Lucky people!


The beautifully hand-painted ceramics by Pauline Zelinski are always incredibly popular. Bright, beautiful and practical too.  It's always lovely to sell work, but when you know someone has found something special to give to someone else, it adds an extra thrill.

Our finely made raku ceramic sculptures are always a big hit.  They exude charm but it's the standard of work that makes them so appealing.

And of course the beautiful jewellery by Sarah Anderson is always a big seller. I have chosen several pieces myself, but being given a piece as a gift is even more special.

We will be open in the run up to Christmas until 23rd December.

Posted by SMITHY GALLERY at Tuesday, December 11, 2012 No comments:

A Night Before Christmas

We had the loveliest night at the gallery last night.. People came out in the ice and the cold to our Night Before Christmas party.

Our Christmas Exhibition glowed in the surrounding fairy lights and once again thank you to all the painters, sculptors, ceramicists and jewellers for creating our best Christmas exhibition yet!

The fire roared, the wine flowed and the beautiful canapes and cakes made by Kickass Cakes tasted delicious as well as being mini works of art.

Thank you to all the customers and artists who came and made the night so special.  We had lots of sales and laughter, and even a little bopping to the Christmas tunes!

A very special thank you to all the customers who purchased on the night.  This night was about the gallery treating and saying thank you to so many loyal customers, but still so many appreciated the beautiful works on display in the gallery, and many paintings, glass, sculpture and jewellery were taken home.


This special exhibition continues until 23 December.  And there are some goodie bags left over for extra special customers!

Posted by SMITHY GALLERY at Friday, December 07, 2012 No comments: