The Summer Preview with Nael Hanna


It was typical wet bank holiday weather on Sunday.  It was also the preview of our Summer Exhibition featuring Nael Hanna. And actually the two went very well together. 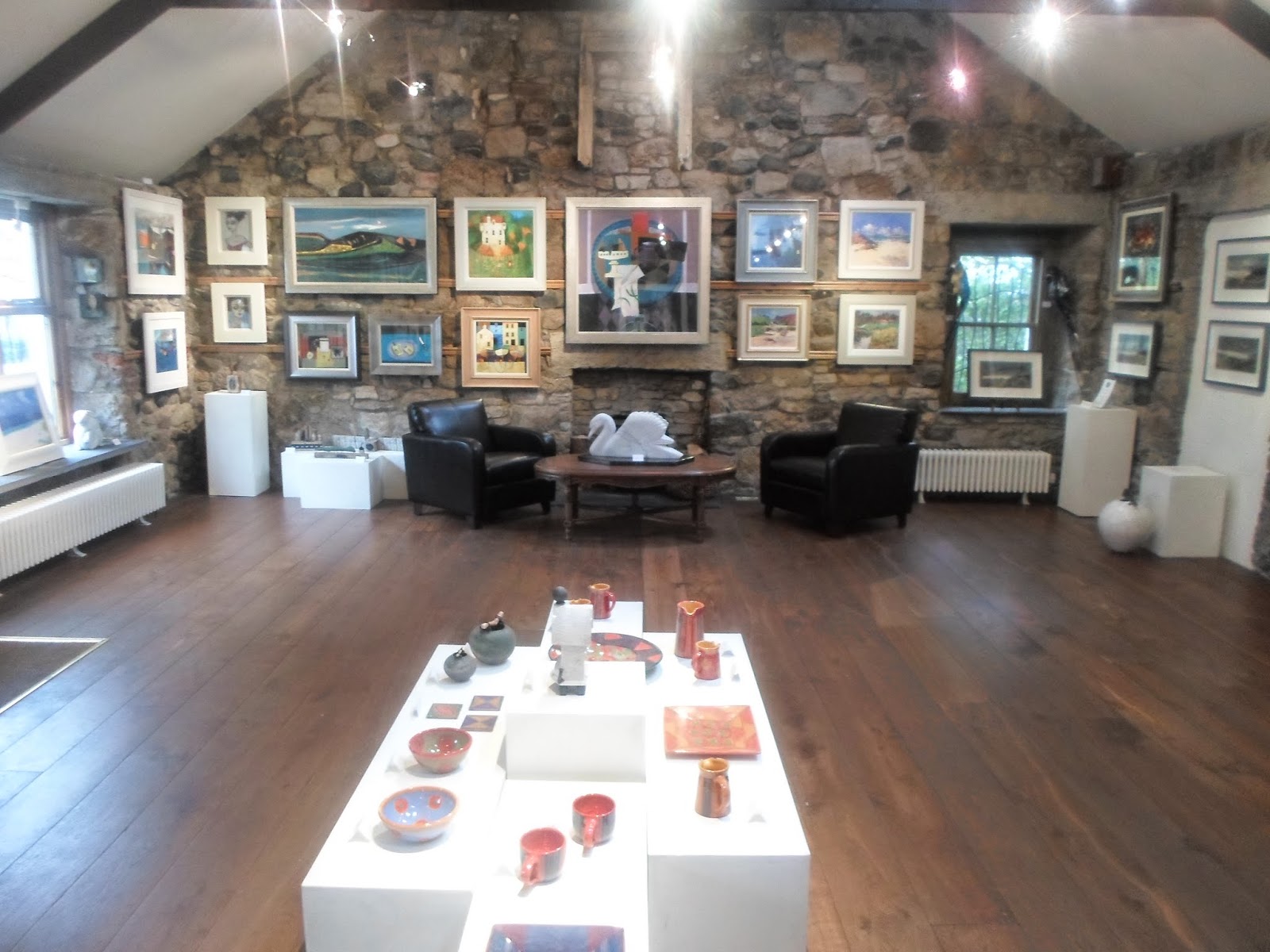 The fire was on as the rain came down, and a lovely crowd of people came to enjoy our big mixed Summer Exhibition. 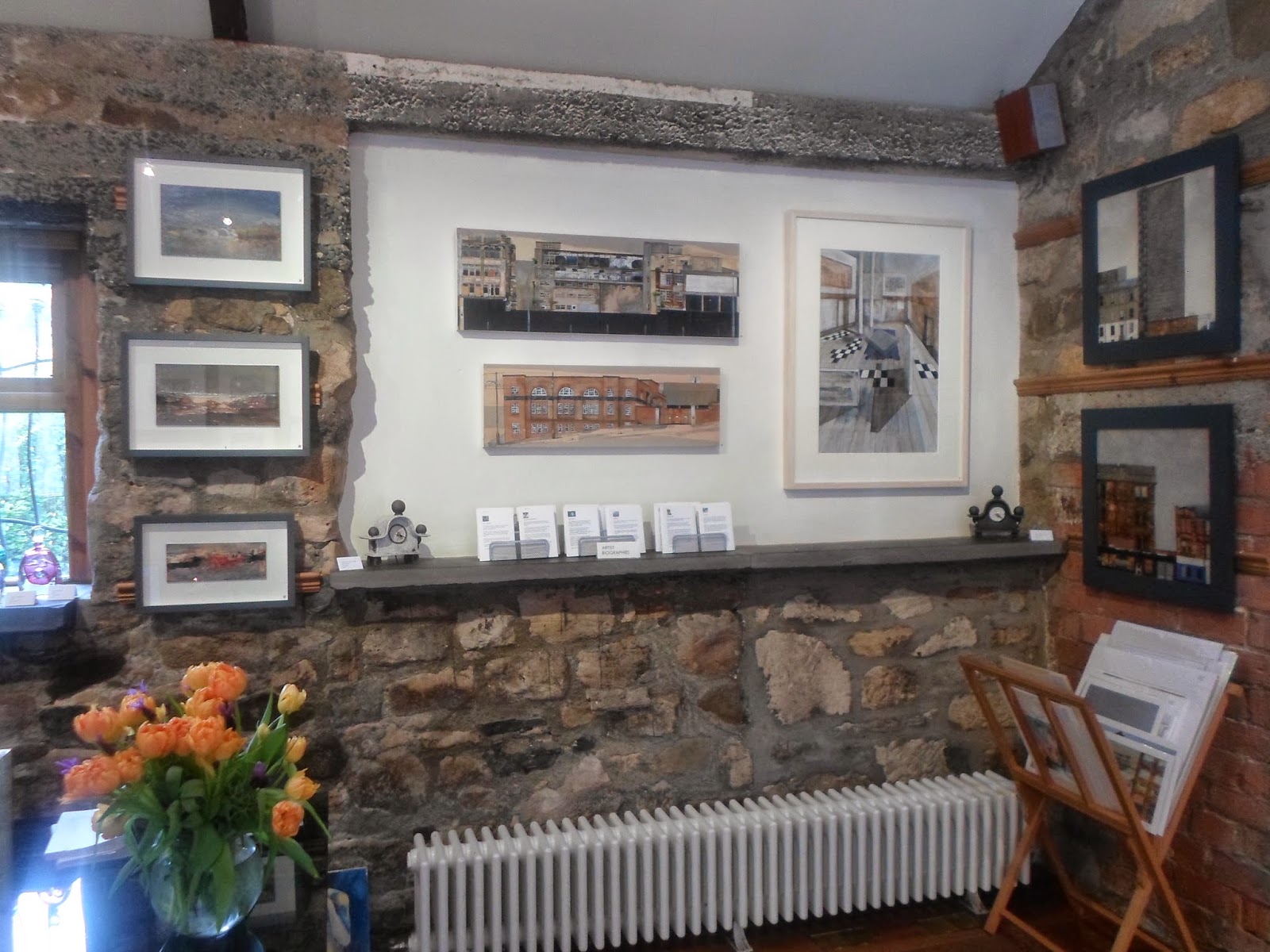 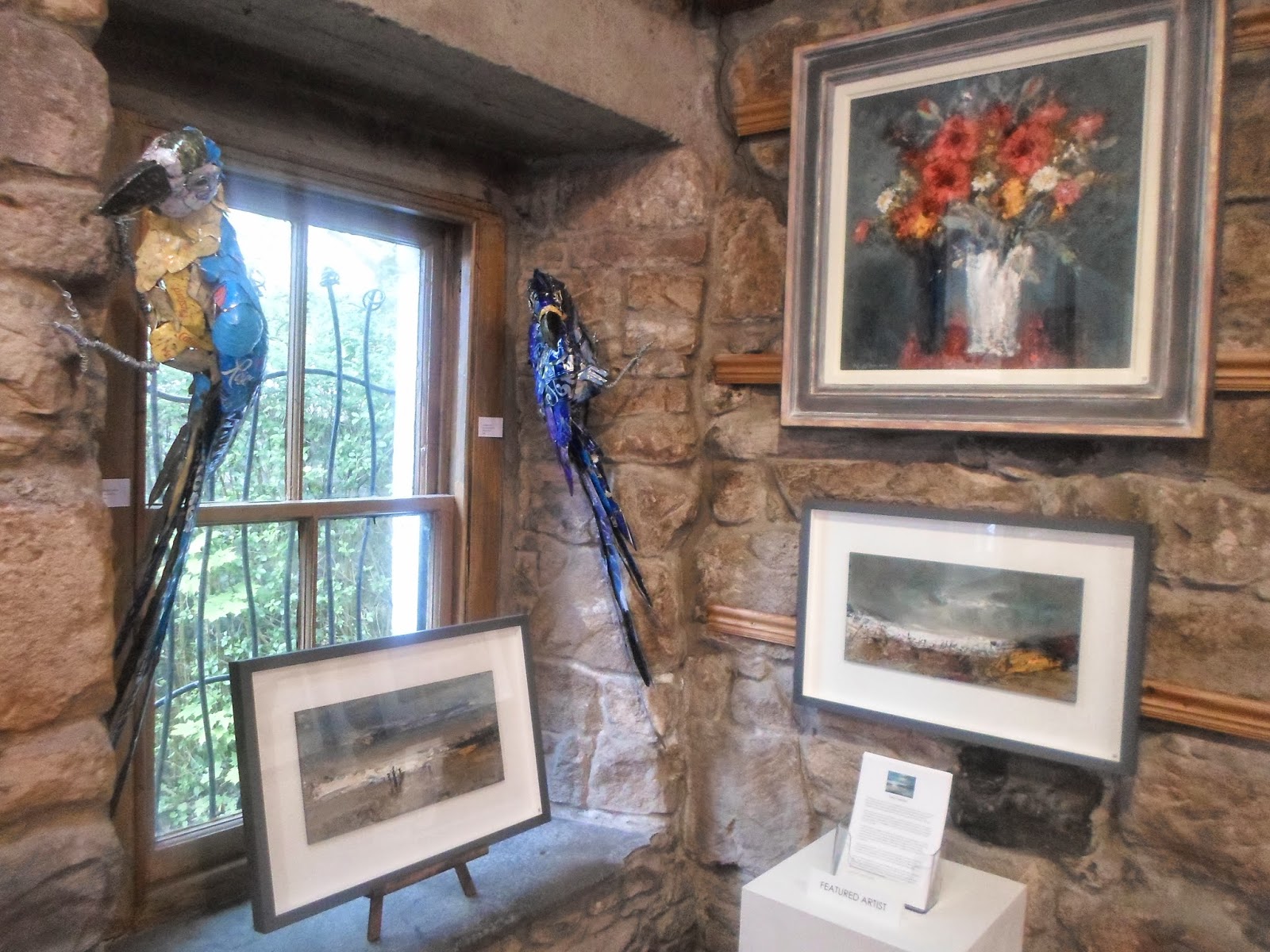 This exhibition features special guest Nael Hanna, along with many of Smithy Gallery's favourite artists. 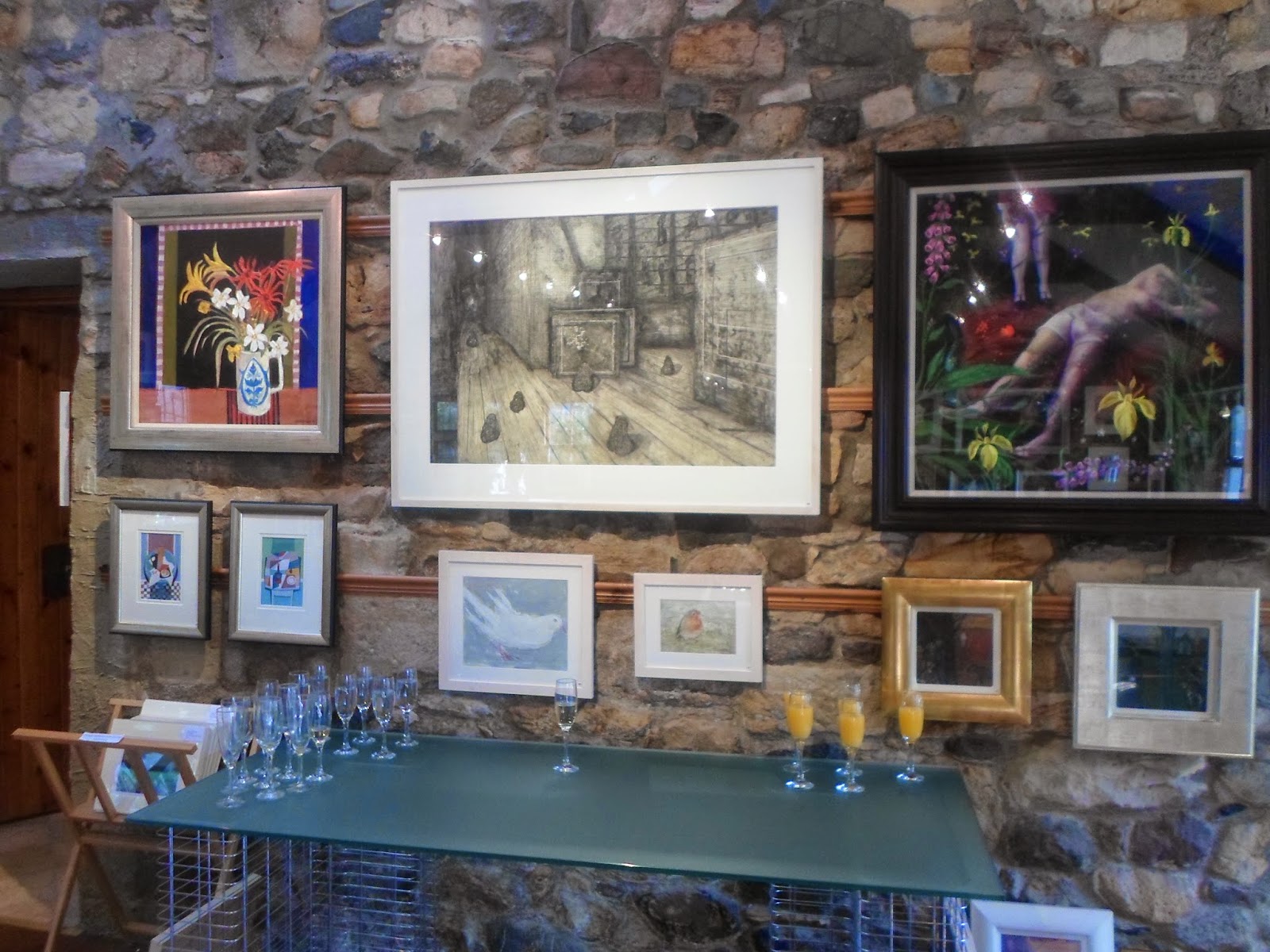 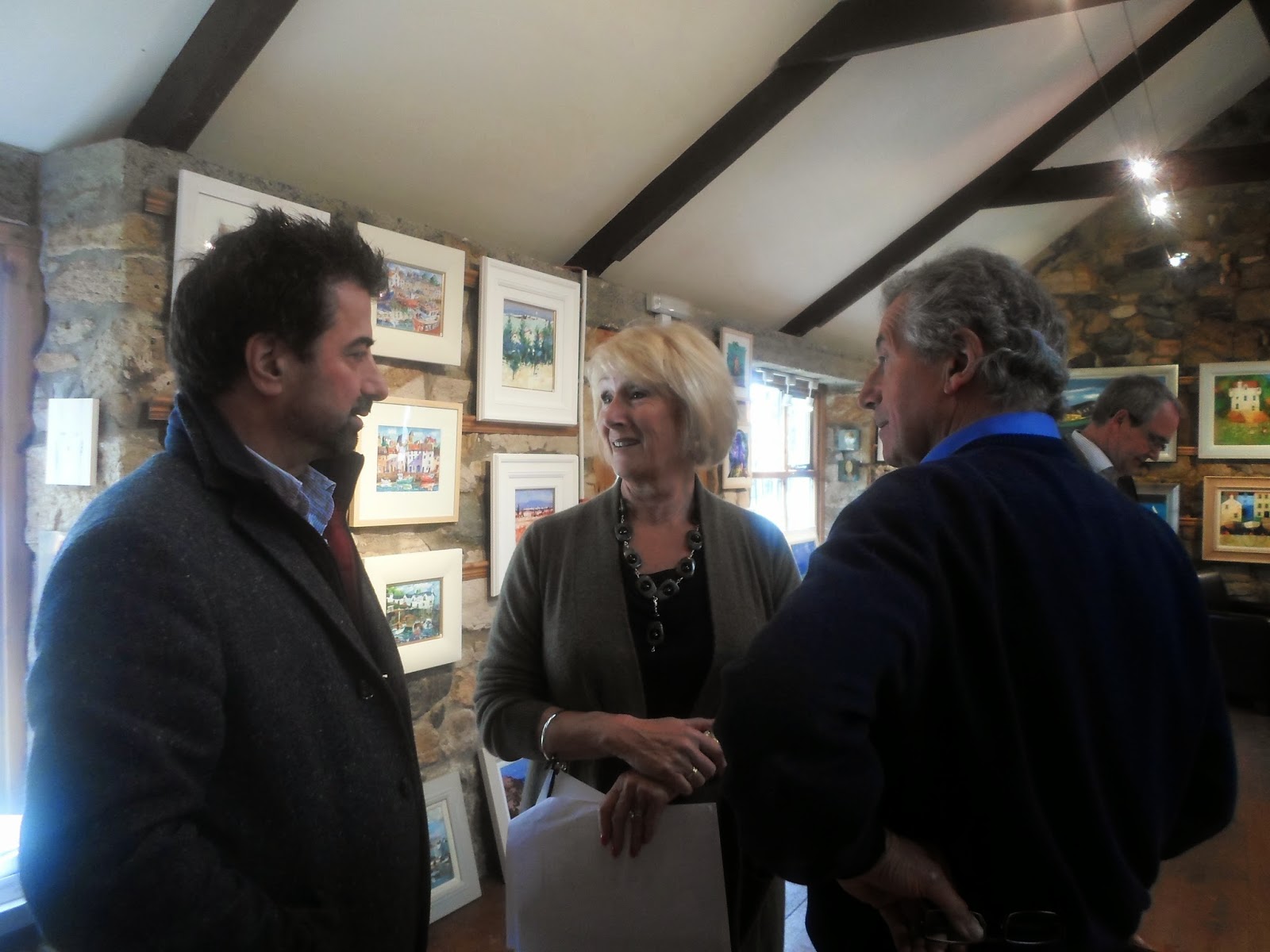 Thank you to everyone for coming and enjoying the show and getting the exhibition off to a great start.  This exhibition continues until 29 June.
Thanks for reading!
Natalie


We are delighted to be exhibiting works by Nael Hanna for the first time at Smithy Gallery.

Nael is the special guest artist for our summer exhibition which opens this Sunday. He will be exhibiting sixteen paintings alongside other artists including George Birrell, James Orr, Marion Thomson, Nicole Stevenson, Ian Elliot, Cate Inglis and Emma Waine.

Nael has a fascinating background.  He was born in 1959 in Neneveh, Northern Iraq. From an early age he showed interest in art.  He studied Petroleum Studies at College before being drafted into the Army to serve in the Iraq–Iran War. He continued to paint throughout his military service and won an award from the Ministry of Education in Baghdad to study art in Britain.


In 1983 he commenced a language and foundation art course at Southampton before being accepted for a degree in Fine Art at Duncan Jordanstone College of Art in Dundee. In 1987 he was awarded a place at the prestigious Hospitalfield in Arbroath and it was during this time that he developed his passion for the east coast of Scotland with its ever-changing weather and light and its dramatic
coastal scenery.


He graduated in 1989 and travelled to Florence after winning a scholarship from the Royal Scottish Academy (John Kinross Scholarship). After qualifying MPhil in Art at Dundee he became a lecturer in the Fine Art Department of Duncan of Jordanstone College of Art and then became Artist in Residence at Anton House day centre in Broughty Ferry – a charity providing care services to adults with physical disabilities.

His work developed and a string of prizes and awards followed. Over the  years Nael has exhibited regularly at the RGI, RSA, SSA and SAAC and has had numerous solo shows. He has exhibited in London and the South of England. His work is instantly recognisable and distinctive with rich texture and a unique colour palate. He lives and works in Dundee.

This exhibition previews this Sunday, 25th May 2-5pm.


Natalie
Posted by SMITHY GALLERY at Wednesday, May 21, 2014 No comments:

The phenomenal Barbara Franc is one of those artists you hope for.  Something different, and very very brilliant.

﻿﻿﻿﻿﻿
﻿﻿﻿﻿﻿
She uses wire and other materials in a way that suggests drawing in three dimensions. This allows greater freedom to add changes during the construction to keep the feeling fluid and to reflect the diversity of movement and form.


The birds are made with steel wire and recycled coloured tin, selected for colour, cut to shape, sanded and soldered onto the wire armature.

﻿
For the hares, linen fabric, leather and wire is bound around a wood and plaster armature, incorporating found materials such as knitting needles and typewriter keys into the sculpture.  The images actually don't do the work justice.  They are incredibly dynamic and the have a weight and presence about them that greatly adds to the impact.


Increasingly she is using recycled and discarded materials as she enjoys the challenge of transforming something with a past history into something new and exciting. The results are stunning.

﻿﻿﻿﻿﻿﻿﻿﻿
We are delighted to be showing these Barbara Franc sculptures and more.

It is a lovely honour to be asked to be a judge at an art exhibition, particularly when it's the quality of the annual Paisley Art Institute Exhibition.  I spent the morning perusing the large exhibition, now in it's 126th year. 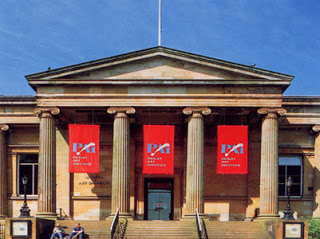 What a pleasure it is for me to spend time viewing such a variety of quality works.  The icing on the cake is to be invited to choose my very favourite and watch as the little award banner is mounted below the painting.

The Smithy Gallery Award is in its third year and once again, I am delighted with the painting I have chosen.  The exhibition opens on 17th May, and you will just have to go and view the exhibition to see if you agree with my choice!

I'm now back to the gallery to enjoy the second week of Tim'rous Beasties.  We have around seventy paintings and sculpture dedicated to the Tim'rous Beastie by some of the best British artists, thirty of which have already sold.  Here are a couple of my favourites which are still available: