We are incredibly lucky to have been asked by Alasdair Gray to stage this three-person
exhibition.  Alasdair wanted to exhibit alongside Joyce Gunn Cairns and Steven Camley at Christmas time, and how could we refuse. 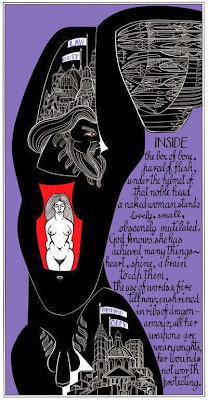 Alasdair Gray describes himself as a ‘maker of imagined objects’. He has been a prolific producer of novels, short stories, plays, poems, pamphlets and literary criticism. 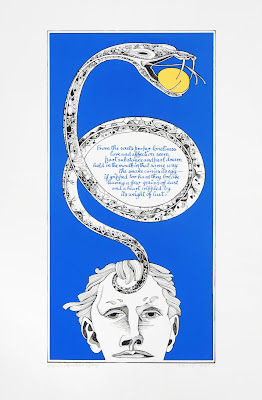 And of course he is also an accomplished artist.  Well known for his remarkable murals, he is the designer and illustrator of his own books and those of other writers.  These illustrations often evolve into larger screen prints.

He also paints portraits of friends and colleagues.  These have an intimacy about them.  His technique looks stylised, but he always captures the essence of the sitter, as if a private conversation is being shared. 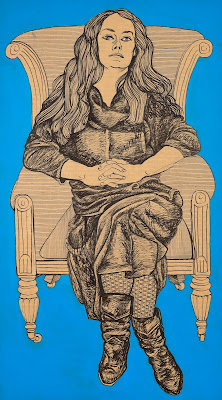 We are exhibiting several signed screen prints and original paintings.
This exhibition contines until 22 December.
Thanks for reading!
Natalie